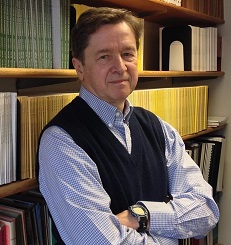 John Yinger is Trustee Professor of Economics and Public Administration at the Maxwell School, Syracuse University, and Director of the Education Finance and Accountability Program in Maxwell’s Center for Policy Research.  He has published many journal articles on urban economics, local public finance, and discrimination in housing and mortgage markets. His most recent articles focus on housing hedonics (e.g. Journal of Urban Economics 2015), education finance (e.g. Education Finance and Policy 2014), and housing discrimination (Cityscape 2015). His edited volume, Helping Children Left Behind:  State Aid and the Pursuit of Educational Equity, was published in 2004 and his co-authored book, The Color of Credit: Mortgage Discrimination, Research Methodology, and Fair Lending Enforcement, appeared in 2002. Professor Yinger received the 2017 Steven D. Gold Award, sponsored by the Association for Public Policy and Management, the National Conference of State Legislatures, and the National Tax Association. He is a member of the National Academy of Public Administration. Professor Yinger also has taught at Harvard University, the University of Michigan, and the University of Wisconsin; served as a senior staff economist at the President’s Council of Economic Advisers; and co-directed several state-level tax or aid studies.  He received his Ph.D. in economics from Princeton University in 1975.